This blog is brought to you by the Anker type c or lightning to ethernet cable. Lower your ping and increase your drop odds by grabbing one on Amazon today.

If you are a new member in the Veve community it can seem daunting navigating the marketplace. Luckily this community is full of members that have been here since the app launched, the majority of which are happy to help new members. There are a few blue chip collectibles that may be out of reach for new users and are not included on this list. I have been in this community since June 2021 and am happy to provide my take on the must have collectibles that you should be purchasing. As always this is not financial advice.

This is one of the best value collectibles that Veve has dropped. The secret rare version was dropped for 400 gems and now is sitting at a floor of 51,000 gems or a 13,000% ROI. Take those numbers with a grain of salt as not all collectibles will garner this same ROI. That being said, there is still a ton of value for the other 4 variants available. The smart choice would be to grab a common (Current floor of 500 gems) or the ultra rare (Current floor of 6,300 gems). These should increase by at least 15-20% short term and possibly as high as 40-60% long term.

One of the biggest announcements by Veve, These amazing NFTs were dropped during the week of Disney Plus Day. The highest ROI came from The Partners Statue, which sold at drop for 333 gems and is currently listed at 30,000 gems or an 8,900% ROI. This variant may be well out of reach for most but there are still a lot of high value NFTs in this group. The ones to target would be Elsa, Homer, Ironman, C3PO and if you have the funds R2D2. Short term you can expect 10-20% ROI and long term ROI as high as 50-70%.

One of the largest surprises that we have seen during this latest gem squeeze is the drop in floor price for Steamboat Willie. The ultra rare variant dropped significantly from 8,000 gems down to 3,500 gems. This is definitely not where the floor will stay so it is a perfect time to grab any of the 3 variants and is a great stacking option while prices are low. You can expect short term ROI of 18-35% and long term ROI of 40-60%.

Anything Disney is going to be gold when it comes to NFTs. These cards not only feature multiple disney original cast members but also have music and animation. The low floor prices are perfect for stacking and ROI will explode once the gem squeeze is over. For reference , Donald Duck hit a high of 1100 gems and  is currently at a floor of 500 gems. You can expect a short term ROI of 50-8% for the most sought after and 30-50% for others. Conservatively we could see 100%+ ROI long term.

This is the most prized collection on the App. Risso and Todd are probably out of reach to most collectors but if you can get them then do so. The best choices outside of these two would be FA Joker, FA Robin, FA Harley Quinn, FA Penguin, FA Nightwing. These are all undervalued at the moment and could increase significantly in the future. Anything season 1 will be highly sought after the further we move from it. We can imagine ROIs upwards of 60% in the long term.

Pride is the NFT that stands out in this collection but all four items are worth a purchase. Pride is currently down 61% from its high of 18,000 gems. There has been confirmation that there will be another drop from this brand within the next month or so which will increase the value of this collection. Conservative ROI projections for this collection could be 40-60% in the long term.

This is one of the most popular and recognizable brands worldwide which means it has a big following . Any of these four variants would be good to own but the most sought after edition is the common. This edition is the only one that features their famous polar bear mascot. The floor price is currently 102 gems, which is heavily undervalued. Thus could see a 30-50% ROI in the long term.

This is one of the most visually stunning pieces on Veve. Art will have a much larger following as our community continues to grow. The common Variant is currently sitting at 120 gems and the all gold secret rare is at 1,000 gems, both are undervalued. We could be looking at long term ROIs of 60-80% from their current prices.

When it comes to any collectibles there are things to look for. You should try to get lower mint numbers if possible or special mints (repeating numbers, ordered numbers or relevant dates). When the master collector program comes out you will gain more points for higher rarities such as ultra rare and secret rare. Special editions also carry more weight, such as Con Exclusives, First Appearances or First Editions.

At the end of the day it is your choice as to what you would like to collect. Collect what you love and know that this is not just an investment in money but into the world of collecting. The community is always here to provide suggestions if you need them. Jump in and enjoy the ride.

"All information provided in this blog post is intended to provide the writer's opinion. No information should be considered financial advice." 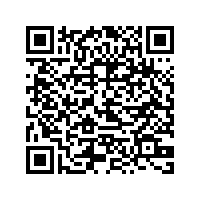