This blog is brought to you by Anker type c or lightning to ethernet cable. Lower your ping and increase your drop odds by grabbing one on Amazon today.

In December Veve announced that they had obtained the license for Jim Henson's Labyrinth. This is exciting as it means we will get a set of collectibles from this movie but also may have access to the extended Jim Henson universe. This would include but is not limited to The Muppets, Sesame Street and Fraggle Rock. These are premier collections that would be amazing in our vaults. Labyrinth has been confirmed and we can examine the storyline and what we can expect.

Teenager Sarah, stuck babysitting her baby brother, angrily wishes that goblins from her favorite book, The Labyrinth, will come take him away. When her wish comes true, Sarah must head into the Labyrinth herself to save him. She meets numerous allies and enemies along the way. If you have not seen this film it is worth a watch to see some of the work that visionary director Jim Henson has put out. Let's look at the most logical options for collectibles from the movie.

Jareth, played by David Bowie, is the Goblin King from Sarah's, played by Jennifer Connelly, favorite book. Jareth is the lead protagonist in the film and it is only befitting that he be included in the collection. Also this is David-Fucking-Bowie, that is all that needs to be said.

Hoggle is a dwarf that befriends Sarah during her quest through the Labyrinth. He is Sarah's closest ally in the story and as such would make a perfect fit for the collection. As Hoggle is a puppet it would be fairly easy to bridge the character over to a collectible.

Sir Didymus is a Knight that has taken an oath to not allow anyone to cross the bridge out of The Bog of Eternal Stench. Sarah encounters him when she is attempting to leave the bog as she continues on her quest. He eventually agrees to join Sarah's quests. Sir Didymus is a fox-terrier that is shown riding his cowardly sheep dog Ambrosius. This would be an amazing addition to the collection, Didymus mounted on his cowardly sheep dog.

Ludo is a gigantic Earth Troll that Sarah rescues from a group of cruel goblins. Ludo joins Sarah's quest and becomes a very close friend to her. Based on his stature and proximity to the lead character, this would be a no Brainerd for the collection.

Sarah and Hoggle encounter The Wiseman halfway through their journey into the Labyrinth. Sarah requests guidance on which path to take within the Labyrinth. Although this character does not play a very large role in the film, the puppet is beautifully designed. This would be a visually stunning piece to have within the Veve universe.

This movie may not have been a blockbuster and holds more of a cult following, but it is a quintessential 1980s SciFi film. The collectibles that come from this movie have a very deep following so it should bring a broader audience into Veve. 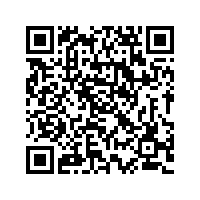