Are you a Disney fan? Do you love Disney merchandise and collectibles? If so, then I need to introduce you to my next Disney obsession. As a Disney mom, travel agent and content creator getting excited about Disney isn’t hard, so it was easy for me to see the appeal of this new app that launched last year called VeVe.

What is VeVe? According to their website, VeVe is an app where digital collectibles are launched in limited edition releases. These collectibles can then be  purchased, sold, traded, placed in virtual showrooms and shared in AR on social media. These are not just any Disney collectibles. These are 100% licensed by Disney and if you think that is not special enough, know that Disney has released digital collectibles on the VeVe app that are exact replicas of the golden statues that were released at the parks for their 50th anniversary.

The Partners Statue, which is a replica of the iconic statue of Walt and Mickey that can be seen in front of the Disney World castle, was released on the VeVe app in November, 2021 and every customer who purchased the “Partners Statue” NFT from the Disney Golden Moments collection, also received a 12 month subscription of Disney+ courtesy of VeVe.

If you are like me when I joined the app, then you probably don’t know what an NFT is. I won’t go into all the technicalities of what an NFT is but I highly encourage you to do your own research. What I will say is that NFT’s, or non-fungible tokens, are digital assets that are verified by blockchain technology. By being verified on blockchain technology, this gives their owners proof of authenticity and ownership. So that golden Winnie the Pooh statue with a mint number 7628 that’s currently in my vault is MINE and MINE only. The only way I could lose ownership of that collectible is if I were to sell it, so to list it in the VeVe Marketplace for someone else to buy, I transfer it to someone else or just give it away.

The NFT technology is new, speculative and not mass adopted yet, however some have said this is the future. Not just with digital collectibles, but with all aspects of our lives in the future.

This space is early. The app is only a year old. I speculate there are more to these collectibles. We just have to wait and see.

If you want to check out my recent video on YouTube on this topic, you can do so below. 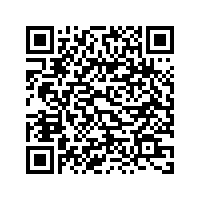