In December 2021, we got two major updates from Veve's official medium articles. These were partnerships with two major French Automakers, namely Citroën and DS Automobiles. This article will cover what could possibly be in store for us from these two giant companies.

The Road so Far

So far the cars on Veve have all been iconic, historic and pop culture rich. The DeLorean time machine from General Motors is an absolute cutural icon for all those who know of the 1985 Back to the Future franchise, which is everybody. The DeLorean was then brought into modern pop culture with its appearance in the 2018 film Ready Player One. This movie helped to bring the idea of the Metaverse to the mainstream. It was awesome, if you haven't seen it go watch it. I only own the Static 1:1, but I hope in the future to own a UR 1:1 edition of this beast.

The Ecto-1 is another iconic car from the original and remake of the Ghostbusters films based on a 1959 Cadillac Miller-Meteor Sentinel. It may not have the glamour of the DeLorean but it's well loved by fans of the films.

The Aston Martin DB5 might be the most impressive collaboration between Veve and an IP in ANY category. Though its limited editions make it a pretty penny on the secondary market. Both UR and SR variants are impeccably detailed to a considerable amount more than the DeLorean or Ecto-1, with the SR being both animated and drive-able. This car pushes the term "premium collectible" to another category. It will definitely be used as the benchmark for future drops.

Then comes the Triumph 1200 motorcycle from the No time to Die - 007 film. What a magnificent thing! It's a perfect recreation of the real life bike, down to the brand of the shock absorbers, has animated headlights and contains the sounds of the bikes ignition and throaty, grumbling revvs. Absolutely blown away by this drop! Hats off to Triumph, Veve and all parties involved!

What could be in store from DS and Citroen

Both of the medium articles suggest that "concept cars" are on offer from these companies, in different rarities. This is significantly different to the cultural or iconic cars (and a bike) that we have gotten in the past. This will be more along the lines of modern art, but manifested in automobile form. Concept cars are usually highly sculpted and no not shy away from curves and lines that may seem impossible to produce in the real world. Which is exactly why they usually look surreal to us. Futurism may definitely be something that appeals to future drivers in the Metaverse. I think these brands will bring some of that Futurism to Veve.

These are two of five Citroen concept cars that can possibly make there way into a Veve Drop one day. The first is strangely called the 19_19 (don't forget the underscore) and the other is called the GTBYCITROEN, which also sports a Gran Turismo logo. Interesting...

Both of these cars look futuristic and stunning! To see all five models click here and check out the Citroen website. It's also cool to note that they have FIVE concept vehicles, anybody see how that could easily translate to five rarities in a Blind Box drop? Nope? Just me? Ok

Either way, I strongly believe these two will be in the eventual line-up. I would put the drop price at around 50 - 80 Gems with a moderate edition count (about 5000 for the Common to 500 for the Secret Rare). These cars demonstrate how NFTs could be used by these brands to market their designs as art, and build on the idea of a car as a piece of modern art.

Now let's talk about DS Automobiles. They are the French new kid on the block, only being formally created in 2014 and once were a part of Citroen before going solo. The previous connection is definitely the reason both engaged with Veve almost simultaneously.

How can I say that? Well, exactly 9 months ago in June 2021, they released a series of videos on Youtube called "The Art of DS" You can click that to watch the first episode. DS is trying to get into auto art and design, probably attempting to be a renown design studio similar  to Pininfarina in Italy. What better way to accomplish this than through the modern art medium of NFTs.

The DS X E-tense is the only updated concept model I can find from DS, barring the previous iteration from 2016 which is unlikely. This leads me to believe that this could be what we get in the 1:6 Animated, 1:1 Static and 1:1 Animated variants, similar to the DeLorean and Ecto-1 drops.  I would put the drop price at somewhere around 100 - 200 Gems with limited editions (maybe <3000 in total).

It could also mean that the price tag for the DS X E-tense could be significantly higher than the Citroen, which seem to be much more realistic and closer to production cars. If you read my previous Blog, you'll see I made mention that DS Automobiles currently has a racing team in the Formula E championship called DS TECHEETA.

This is that car. 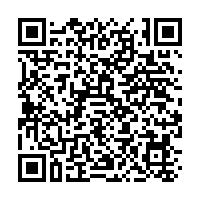