Doctor Strange in the Multiverse of Madness is an upcoming Marvel movie which releases on May 6, 2022. It is the sequel to the movie 'Doctor Strange' which was released in 2016. The movie includes appearance from Elisabeth Olsen as Scarlet Witch & Rachel McAdams as Night Nurse. Doctor Strange FA comic book Strange Tales #110 releases on May 6, 2022. Uncanny X-Men #4 which is the FA of Scarlett Witch and Night Nurse #1 which is FA of Night Nurse is available in veve as comic book NFT. Make sure you grab the uncommon variant of Uncanny X-Men #4 as it features Scarlet Witch on the comic book cover. A recent TV spot for Doctor Strange in the Multiverse of Madness confirms that Captain America: The First Avenger star Haley Atwell will appear in the film as Captain Carter (a variant of the character from an alternate reality where Peggy takes the serum instead of Steve Rogers). Veve has FA comic book and Marvel Mightys collectible of captain carter. We can also hope to see the digital collectibles of these huge characters available in the future. 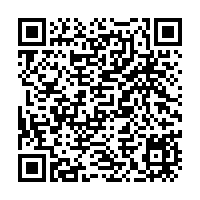