Spider-Man: Across the Spider-Verse (Part One) is the return of Miles Morales after the computer animated superhero film Spider-Man: Into the Spider-Verse which was released in 2018. It is the first part of two sequels to be released. In this movie Miles Morales along with Gwen Stacy faces a powerful villian. Actor Oscar Isaac voices the role of Spider-Man 2099 which is an alternative version of Spider-Man from the future. This movie consists of a lot of huge characters which has been introduced in veve as digital collectibles and comic books. Ultimate Fallout#4 which the first appearance of Miles Morales was released in Veve on October 12, 2021. Some of the other characters from this movie was introduced in Veve as digital collectibles under Marvel Mightys Series. These include Spider-Man 2099 with only 2099 editions (Secret Rare), Ghost Spider / Gwen Stacy with 14,999 editions (Common) and Spider-Woman / Jessica Drew with 8,888 editions (Uncommon). Part 1 of the movie releases on June 2, 2023 and Part 2 releases on March 29, 2024 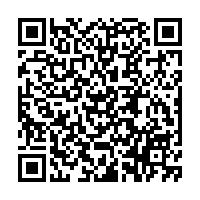