After a long week of the Anti-Bot Crusade, the AMA and Moon Knight's grand entrance, I think we can all agree that it has been a rather interesting week on Veve.

When it comes to the Anti-Bot Crusade, it's nice to see that actual humans have scored big lately. I adopted Moon Knight from the market, because I struck out on the drop, but seeing so many green trucks on Twitter, and seeing so much excitement and hope flooding my Twitter feed after each drop, really does revitalize the experience. In my court, the jury's still out on the bots, because I think tomorrow's Batman drop will really put the Anti-Bot Crusade to the test. If there are an abundance of green trucks, particularly for the Ultra Rare Batman, then we can safely say we've made some progress fighting the bad guys.

As for the cheap prices generated on the market, partially by bots and partially by flippers, I think they're fantastic for little Veve goldfish that don't have a lot of IRL money to invest and spend. Common and Uncommon comics are at fabulous prices for goldfish that can't spend a lot of money right now. On the other hand, it blows that a lot of the prices are generated by the bad guys. That's a double-edged sword to me.

I love seeing the positivity on my Twitter feed, after drops. I hope it continues, because it's what I joined Veve for-the people, the fun, and the excitement. The jury's still out on how much progress has been made, fighting the bad guys, but for now, I choose to have hope. 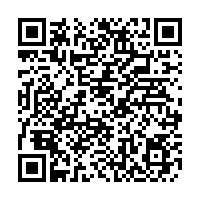