Captain America has been laid to rest.

Well, at least his story arc has. I haven't actually read any of the comics, so I don't know if Cap actually kicked the bucket or not. I just collected the comics because I had a few gems on the side, it was fun to actually get drops again, and I adored the covers. The common covers were actually pretty fire for this arc. But the arc has finally come to an end. So how are things now?

There's still a lot up in the air. There's still a lot of improvements that can be made to VeVe, a lot we all need, and yes there are still bots infecting the market. But you know what? A little bit of fun has gone back into the experience. We can go back to participating again, as humans. We can experience the fun of seeing that blind box and green truck, without feeling overwhelmed by the bad guys.

Nothing has gone to the moon at the moment. Common and Uncommon comics are so cheap, it's insane. But we humans can participate in VeVe drops again. And those that don't have a lot of money can work on building fun comic collections.

As a goldfish, I say things are great in VeVe at the moment. They're far from perfect, but I like this. It's fun. 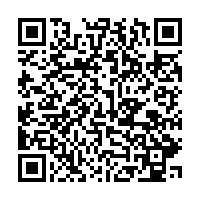