So Moon Knight is a thing. Everyone loves the show. Everyone thinks he's hot. Everyone's stacking the Veve comic.

But the Moon Knight collectibles are pretty much worth pennies. Especially the Common.

If you take a look at the Moon Knight hype, though, Common Moon should easily be at least 100-200 gems. Vevefam, you may see things like this: these prices allow those with tiny budgets to stack. This market allows us to stack our favorite heroes, if we have the budgets for stacking, so we can watch them and our wallets rise to stardom. That's 100% a-okay. I'm on board with that.

But at the same time, I'm genuinely sad because our favorite characters are not seeing stardom now. My beloved Rare Pili almost hit 100 gems once. It was exciting. Then someone shot him out of the air, and now he barely passes 40 gems. This is definitely NOT about me wanting to pump and flip-not at all. I'm just a tiny collector, a goldfish that's into VeVe just for the fun of collecting.

I just want to see one of my favorite characters become a rockstar.

FA Deadpool hasn't seen stardom ever since his Drop Day. I know it's the damn Christmas sweater, which we still have no updates on, but still. It's FA Deadpool. FA Black Panther's been benched because there's too many editions. I guess, but it's still FA Black Panther. It's still a bad-ass collectible of a revolutionary, earth-shattering Marvel hero.

Vevefam, do you feel as though your favorite collectible isn't getting enough love? You're not alone. 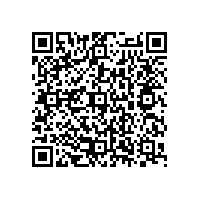