So the Force was with us on May 4th. Everyone was decked out in either their Jedi gear or their Darth Vader gear. Lightsabers were everywhere at Disneyland. People watched every last one of the Star Wars movies, and some even watched the extra special Director's Cuts with four hours of commentary. People played the new Lego Star Wars game and fell madly in love with it.

Then, of course, there was the Star Wars comic drop.

The hype was definitely there on May the 4th, but truth be told, the days leading up to May the 4th were just as exhilarating. Dino Laing bounced off the walls with excitement in his streams. MyCollectibles was so excited, he bounced off the walls like a pinball in a violently shaking pinball machine. Everyone in the VeVe community was hyped beyond hyped about the Star Wars comic. And you know what? I went for it. I got a Rare. I should've bought another Rare yesterday, when it was 74 gems, because I could've flipped it for 200 gems this very morning. But getting back on track:

For me, the excitement leading up to the Star Wars comic drop was actually much more exciting than the drop itself, and watching the comic pump on and off in the market. So many members of the VeVe community were hyped out of their minds, and I got to be a part of that. It was fun. It made me excited, and I'm nowhere near a Star Wars junkie. I saw 'The Phantom Menace' with my mom. I know about Lego Star Wars. But that's about the extent of my Star Wars knowledge. I do love the artwork on the covers, though.

For a while, everyone was so focused on the bot infestations and the absence of cash out. VeVe stopped being fun. The magic and excitement were completely gone. But the Star Wars comic drop brought it back.

And since May has just begun, that excitement could come back even bigger and better. 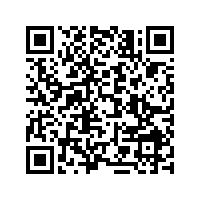