So the Star Wars comic drop happened. And now people are going bonkers over the SR. SR this, SR that. Gotta have the SR. It's going to the moon. Better sell your house, your first unborn child and your soul or else you'll be left out. You feel like everyone won't stop talking about it on Twitter, Youtube, and the VeVe feed. But you missed out on the drop, and your gem account won't even allow you to look at the SR. Or the UR. It may not even allow you to look at the Rare. Because not everyone has 3k+ in gems lying around. Some of us barely make it to 100 gems. When we're able to bag 100 gems, we feel as though we're on the top of the world.

This isn't financial advice, but if you want to be a part of the Star Wars excitement and/or if you want a possibly great flipping opportunity, COMFORTABLY invest in a Star Wars Common comic.

You'd still have a piece of history, and at the time of this post, it's bouncing back and forth between 70-80 gems. DYOR though. Please keep an eye on the market.

Maybe you're not into Star Wars at all. Maybe the mere thought of Star Wars puts you to sleep. But you still feel as though your VeVe comic collection isn't nearly as cool as everyone else's. You feel like your comic collection is lame. It's cheap. So you're in need of a confidence boost. Outside of Star Wars, here's just a few other comics you could invest in for that much-needed confidence boost.

These are just a few comics with historical significance, and are currently within affordable price ranges in the VeVe Marketplace. NFA though and DYOR. PLEASE DO NOT BUY ANY OF THESE COMICS OR ANYTHING ELSE ON VEVE IF YOU CANNOT COMFORTABLY AFFORD IT.

Which one has the potential to be a great, short-term flip? DYOR but I think that would be the Common Star Wars comic. The other comics I mentioned are just for historical significance, and just so you're not feeling like your comics are cheap/worthless/boring/etc. The Common SW has the greatest potential for flipping IMO. 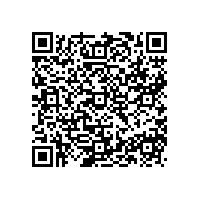