Everyone has one of two minds about Lewis, either he's the greatest or just a really lucky bloke. Either way, I would be stupid to not maintain a collection of his official driver cards. Love or hate him, he's a star.

Not much to say about Danny Ric other than I wish I could've seen what could've been. He had the Red Bull spirit, he had it all at his fingertips but for whatever reason he let it go for a chance. A dicey move that he's still paying for at the back of the grid. A move I can remember with this card

Pierre fucking Gasly. The Gas Man. What a legend, burnt to crisp at Red Bull racing only to be  born again from the ashes. Alpha Tauri is his home, so happy to own this autographed card. Championship material.

You know him, you love him. Hes the legendary Ice man

. Wish I had this on a Ferrari card but this will do. Was jumping when I got this. Real treasure.

Valentino Rossi, the Doctor,  VR, whatever you know him by hes the best of the best and there will be no one else quite like him. This is an autographed photo sent out to members of his Fan Club on his laste year as a Moto GP rider. 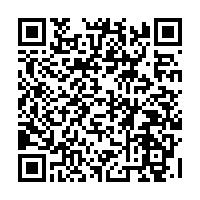