Vevefam, I think you can tell from the thumbnail which one made me more bullish.

As a small-budget guppie, I'm not the least bit concerned with cash-out. I'm looking forward to the features we have yet to see, like comics in our showrooms. Upgrades to the app. Seeing the website come to life. So imagine my excitement when all I got out of the AMA was Alex saying 'yeah, we're just gonna cater to the crybabies crying about cash-out. MCP? Comics in showroom? What are those? We're just working on cash-out.'. And, of course, we got the usual 'soon's and 'we're on track' updates about MTL. Nothing concrete, nothing to look forward to coming out of the AMA. There's even less to look forward to, if you're like me and don't give a whiff about MTL. Which is why I wish they really would hurry up and implement cash-out, because then all of the toxic 'gimme my money' users could take their money and bounce. Then MAYBE we'd hear something about comics in our showrooms.

Back on track. I think, if more people were to listen to Randy Chavez's interview with David Yu, their sentiment towards Veve would become at least a little more positive. They would get a stronger sense of where the company is going, and how we haven't even really begun yet. For example: Mr. Yu mentioned tiers. There are three tiers of licenses. We haven't even gotten a flick of a hair of what Tier 1 is like. I don't even think we've made it to Tier 2 yet. From what I was able to pick up, all of these Disney and Marvel releases? Tier 3. Child's play. We haven't even BEGUN to see anything yet.

And to that point: Mr. Yu also mentioned that despite the insane revenue they may be generating from Disney and Marvel, they're still just a start-up. They've only really been live for a year. Let's look at what's been done to the app so far, Vevefam. We've got:

- A promo code button (which hasn't been used since the special, exclusive Spiderman comic event)

- A slightly updated version of the market from the 2020 version

- Light tweaks to the market and our profile pages

That's pretty much all we've gotten so far. And to make it worse, according to Alex in the AMA, they've benched every other feature in order to prioritize cash-out. So if you just joined Veve last week or this week, congratulations, my dear.

You're just as early as everyone that joined during Week 1.

Listening to Randy's interview with David Yu really drove that home. Nothing's really been done yet. We haven't even scratched the smallest tip of the biggest iceberg. In addition to that, the interview really provided me and Mom with a greater sense of where David Yu's coming from. It really granted us great insight on his genuine love for collectibles, and how invested he's in when it comes to building a strong, organic community. He works his butt off, day and night, to help build a one-of-a-kind experience for all of us. He really wants Veve to be something great. Something unforgettable. Untouchable, even. And we haven't even gotten a glimpse of what that greatness is.

We probably won't until they scoot all of the 'GIMME MY MONEY' crybabies out of the app, but back on track.

For me, all there was to get out of the AMA was Alex saying 'yeah, MTL's still on track, it's real, it's a thing, but everything else? Psh. Who needs comics in showroom? MCP? What's that?'. And, of course, Thor's hitting the app on Sunday. So I guess I won't be able to scoop up more Rare Pilis for 20 gems. I don't think Thor's ushering in an apocalypse.

But yeah. For me, I would definitely have to give the Bullish Award to Randy's interview with David Yu. When it comes to strengthening market sentiment, I don't really think the AMA helped. I think it may have made things even worse market-wise. I would definitely listen to David Yu talk about VeVe and collectibles for three to four hours, versus listening to Alex give another 'yeah, we're working on MTL, shut up' AMA. 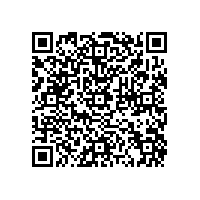