Being in the Veve community during Star Wars Celebration month and release of the Obi-Wan series has opened my eyes to a gritty reality. That Science/Fantasy and Superhero/Animation cultures are not as close as we want to believe, especially in the 20-30 age group.

I initially didn't believe this, I saw C-3PO and R2D2 holding the 2nd and 3rd spots in the top Golden Moments of all time which they have held to this day. In a bull market, we were open to the idea of other fandoms surpassing our own, even if we did not know much about it. Those droids did and will continue to do better than Elsa, Iron Man and any subsequent Disney icon. The SW#1 Secret Rare comic has outperformed any other comic this year.

Having this historical data, why on earth would you believe anyone saying that Darth Vader will do only as good as Elsa or Iron Man (400-500 Gems) before plummeting? Even in this market, the past is very important. I can only say this friends, those people did not have your best interest in mind, they were trying to make you slow and hesitant.

Now that Star Wars week is over and Vader has flown past every prediction, we are hearing a different tune entirely from the influencers in the community. Along with FUD-ing and buying more Darth Vaders, they are shilling season 1 collectibles like Todd, Risso and Superman to us, HARD. Some have gone loopy enough to compare UR Vader to those old and dated looking Marvel character SRs like Thor and Elektra. The gloves are now off, and nobody is afraid to show how self-serving they are.  STOP trusting these idiots.

Now, I am not saying that Darth Vader, the Movie Posters and the Light-saber collection will defeat the bear market. All things will succumb to the current selling pressure. But this week has opened the eyes of many in the Veve Fam, who will likely not pay much attention to influencer predictions anymore and hold these grails. And Yes, the Common and Uncommon DVs are Grails too, just like Jaunty Jig is a grail. Don't think it's just for the 20-30 age group either, SWC 2022 revealed there are more Star Wars cartoons in the works for the younger generation, and NONE released to this day have ever done poorly.

Star Wars is a religion, a culture, a way of life and above all, the fans have the most brand loyalty you will ever see. 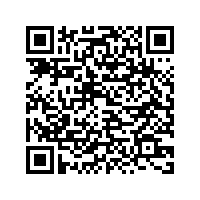